The Bunny and the Billionaire Read online

Spending their fortunes and losing their hearts.

Hardworking Australian nurse Ben Adams inherits a substantial sum and decides to tour Europe. In Monaco, the home of glamour and the idle rich, he meets French billionaire playboy Léo Artois. After getting off on the wrong foot—as happens when one accuses a stranger of being part of the Albanian mafia—their attraction blazes. Léo, born to the top tier of society, has never known limits, and Ben, used to budgeting every cent, finds it difficult to adjust to not only Léo’s world, but also the changes wealth brings to his own life.

As they make allowances for each other’s foibles, Ben gradually appreciates the finer things, and Léo widens his perspective. They both know one thing: this is not a typical holiday romance and they’re not ready to say goodbye.

“Thank you,” he said. “And thank you for being so good about last night. I know I made a bit of a fool of myself.”

“Not at all,” Léo said gallantly. “You were charming.”

Ben laughed outright. “I wouldn’t have called it that, but hey, your description sounds better than mine. Anyway, I drank too much of that incredible champagne, and you were really nice. So thanks.”

Léo’s expression was warm and approving. “I’m glad you enjoyed the champagne, and it was my pleasure to spend the evening with you. We would not be here now otherwise.”

Ben’s face went hot again, and he buried it in his menu. He felt awkward, even more than usual, and desperately wanted the loosening effects of alcohol. Maybe he should have ordered a drink, after all, but he didn’t want Léo to think he was a lush.

Come on, Ben. You don’t need alcohol to talk to the billionaire playboy son of a princess.

To authors of category romance everywhere—thank you.

BEN gazed out over the Place du Casino in Monte Carlo from his table on the terrace at the Café de Paris. Even seeing it right before his eyes, with the taste of gourmet ice cream in his mouth and the promise of a heart-attack-inducing bill to come, he still couldn’t quite believe he was there. But then, it had been like that in every place he’d visited so far. His European Odyssey, as his BFF called it, was like a living dream, despite having been in progress for nearly three months already. He’d made his way through the UK and Ireland, France, Spain, and Portugal. Italy was next, but first he was taking a precious week to just loll around in the land of the idle rich.

It had always seemed a symbol of the ultimate luxury to Ben. Even before he’d gone to work for Mrs. K., he’d lingered over tales of the glamorous principality, although he’d never planned to visit. No, his travel had always been closer to home, and when he’d dreamed of something farther afield, it was always of a more “sensible” locale than Monaco—somewhere he could combine a great deal of sightseeing with more lazy pursuits, and stick to a narrow budget.

He didn’t have to concern himself with that anymore.

As the May sun sank farther and twilight descended on the city, he scraped up the last melted bits of his dessert, then licked it off the spoon with blissful slowness. Never had he imagined he would ever pay quite so much for ice cream, but wow, what ice cream! He’d actually embarrassed himself in his enjoyment of it, moaning over the first few spoonfuls in a way that had attracted attention from passersby. He hadn’t quite been able to bring himself to eat an entire meal at the Café de Paris, not when the cost of one dinner would have covered his weekly food budget at home, but he was content to pay the price for dessert and people watching—hence his choice of a table right by the road. From there, he could see both the rest of the café and its diners, and the people strolling the square, visiting the casinos and the Hotel de Paris across from the café, or simply taking in the old-world grandeur and snapping photos. So far by his count, Monte Carlo was pretty evenly balanced between tourists and old men with much younger female companions. He wondered idly where the old men who wanted much younger male companions were. Not that he was interested in being a gigolo to a rich man, but it would be nice to know the opportunity existed.

He snorted, causing the couple at the next table to glance disdainfully at him—again. He wasn’t exactly gigolo material. Gigolos usually gave a damn about their appearance for one thing, and Ben had given up caring how he looked in nursing school. Nowadays, he only just took the time to wash his face and make sure his always-wayward short dark hair wasn’t sticking up too badly. His habit of shopping in thrift and discount stores and then wearing his clothes until they were about to fall apart probably didn’t give him the perfectly put-together look he imagined gigolos aimed for, either. In fact, he really needed to replace the battered runners that were his current “casual” shoes. One was worn to the point that his toe, on the verge of popping through for weeks, had finally made an appearance, and he’d garnered quite a few askance looks over the past week. No way was he buying new shoes in any of the shops he’d seen in Monaco so far, though. It would have to wait until Italy—he could probably find a street market somewhere.

The lights came on around the square, and he finally got to see what he’d been waiting for, what Mrs. K. had spoken about with such a wistful tone and a far-off gleam in her eye. She hadn’t been wrong—the facade of the “old” casino did glow warmly. As he gazed around, he noticed that while he’d been lost in thought about gigolos, there had been a subtle change in the populace of the square. He could still pick the “tourists” like him, but even they were more dressed up and had put their cameras away. More, now, were those who wanted to see and be seen, and those who considered the city their personal playground. Even his untutored eye could spot the expensive designer clothes and real jewels—not to mention the high-end vehicles, keys casually tossed to the casino valets as their owners strolled inside.

A group of men in front of the Hotel de Paris caught his eye, and his breath stopped in his chest. They walked—no, strode—boldly toward the casino, their arrogance almost a palpable thing. People moved out of their way, whether consciously or not. All five were big men, all dressed in dark trousers and blazers, all but one dark-haired and dark-skinned, but one man stood head and shoulders above—

Well, no, he doesn’t. Ben chided himself for being fanciful. The man in question was actually not the tallest in the group; two others were slightly taller. They all had to be at least six feet, though, which made them giants beside his own five foot eight, even if they hadn’t also been well-built. But the not-tallest one… his height didn’t matter. If he’d been five feet, he still would have walked the same way, as though he owned the square, the principality, and possibly part of France too.

And all the people who lived there were his slaves, existing purely to serve his pleasure.

Stop. Ben shook his head. He wasn’t usually so imaginative. Still, he couldn’t help but stare as the group came to a stop at the steps of the casino. Just the way the man moved made Ben’s dick beg
Next > 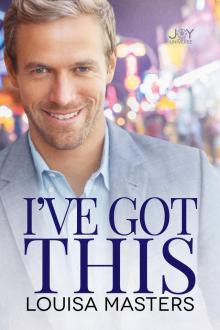 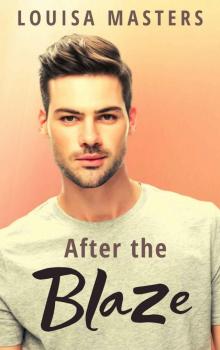 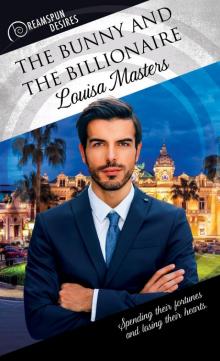 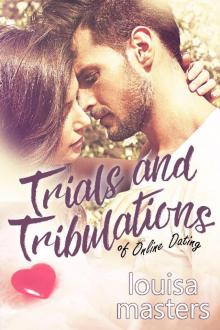 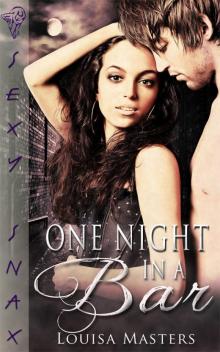 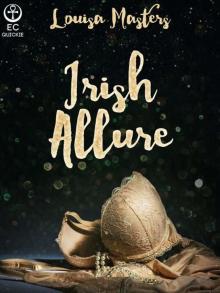 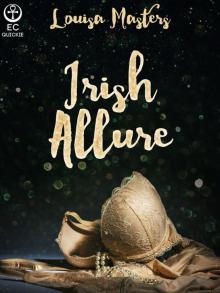